Back to all projects 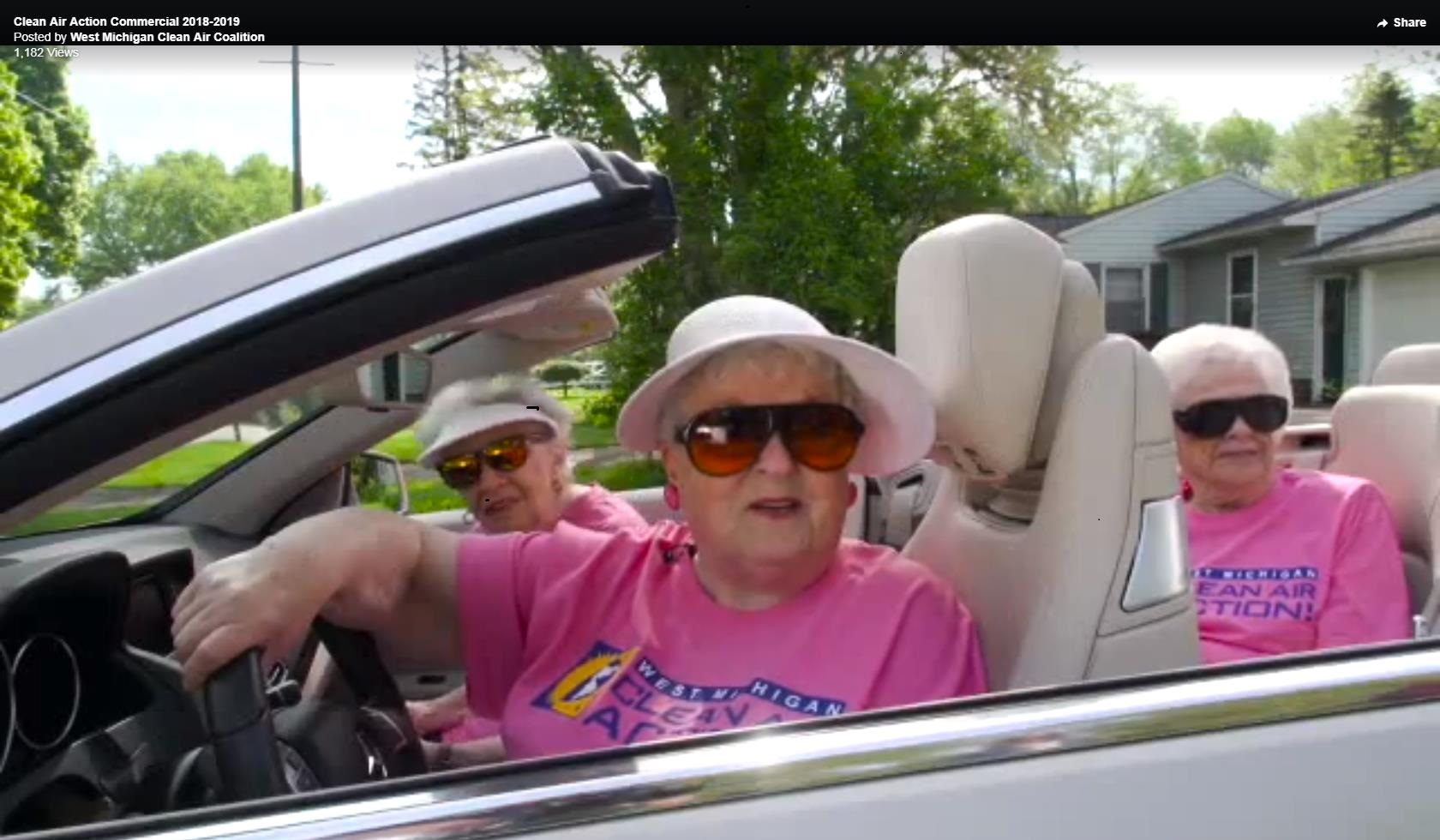 Check out the new PSA featuring the new rap jingle!

Biking is a great way to help keep the air cleaner. For more information, go to the West Michigan Clean Air Coalition website.

Special thanks to the acting talent who volunteered their time and to Betten Imports for the loan of the convertible.

The Anti-idling PSA was aired in the summers of 2016 and 2017 o to inform the public about the importance of not idling vehicles. The following are a few anti-idling good practices:

– Turn off your ignition if you’re waiting more than 10 seconds. Contrary to popular belief, restarting your car does not burn more fuel than leaving it idling. In fact, idling for just 10 seconds wastes more gas than restarting the engine.

– Protect your car engine by idling less. Frequent restarts are no longer hard on a car’s engine and battery. The added wear (which amounts to no more than $10 a year) is much less costly than the cost of wasted fuel (which can add up to $70-650 a year, depending on fuel prices, idling habits and vehicle type). Idling actually increases overall engine wear by causing the car to operate for longer than necessary.

– Make the air healthier by cutting down on hazardous pollution in your town or community. Idling tailpipes spew out the same pollutants as moving cars. These pollutants have been linked to serious human illnesses including asthma, heart disease, chronic bronchitis, and cancer.

The Stop at the Click PSA was aired in the summers of 2014 and 2015 on WZZM 13, WOOD TV 8, and FOX 17 to inform the public about the importance of stopping at the click when refueling. This PSA features two theatre students from Muskegon Community College.